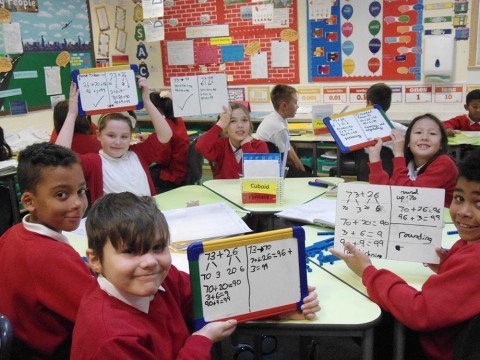 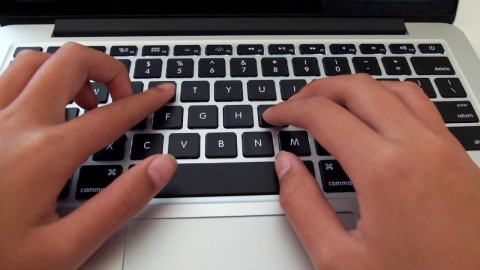 This approach is similar to how we learn keyboarding skills on a computer. At first we are learning the individual letters and keys which require us to logically think about each finger movement on the key board. However after a period of consistent practice the student begins to "see" words and is no longer just thinking about letters on the keyboard. The student has built up enough muscle memory so they think the word "abacus" and their fingers know exactly what keys to press to type the word without thinking about the individual letters. The same is true with soroban and mental math. Once we develop the muscle memory for each type of bead movement on the soroban, we no longer need to think about the movements and only see what numbers need to be added or subtracted.

​The next mental calculation tip is to focus only on the mechanical movement of the beads and not on the logical understanding of why those particular beads need to be involved. To develop speed in mental math this idea of mechanization is probably the most important concept. Mechanization frees the mind to work at much higher speeds. The moment we begin to think about why we are doing it the entire process will significantly slow down. All of us have had some experience with the idea of "letting go" or "detachment" from something you are doing. You hear athletes talk about "the game slowing down" when they are performing at their highest level. The mechanization of the bead movements is exactly the same idea. By reducing the amount of mental work load on the brain, the faster the student can perform mental calculations. Without mechanization, mental calculation would be a frustrating experience.

​Lastly I would like to talk about using your fingers as an aide in mental calculation. The idea is simple, we move our fingers as if you were actually using a physical soroban to help form a strong visual image. Whether you move your fingers in the air or place them on a desktop, the goal is the same to enhance your ability to form a strong visual image. Some Japanese schools also practice the idea of using a Kami Soroban or paper soroban which is nothing more than a soroban printed on a piece of paper. Students use the Kami Soroban as an additional visual aide by pretending to move the beads on the paper. Students placing their fingers on the desktop get the benefit of a strong touch sensory feedback to the brain. They can "feel" their fingers move on the desktop which provides a strong input to help the brain form the image.

The idea of moving your fingers is only a visualization aide. The objective should be over time to limit the physical movement of the fingers with the goal of not needing to move the fingers at all to form the mental images. If you rely on finger movements to form images the physical speed at which you can move your fingers will always be the limiting factor for how fast you can go. Research clearly shows the right brain can process images with amazing speed. If you involve the physical movement of fingers, it will only slow the image processing. Imagine moving your fingers fast enough to add 15, 3 digit, numbers in 1.7 seconds a flash anzan record set by Mr. Ogasawara in 2012!

As a last thought and to keep a little perspective on things, how you train should be aligned with your learning goals. If you want to go as fast as possible then optimize everything about your bead mechanics and mental image formation. If you are looking for more moderate results, feel free to experiment with what is most comfortable and works best for you.

Online Abacus Math and the Foundations of Basic Nu...
Why Is Asia Consistently Top of Early Math Educati...