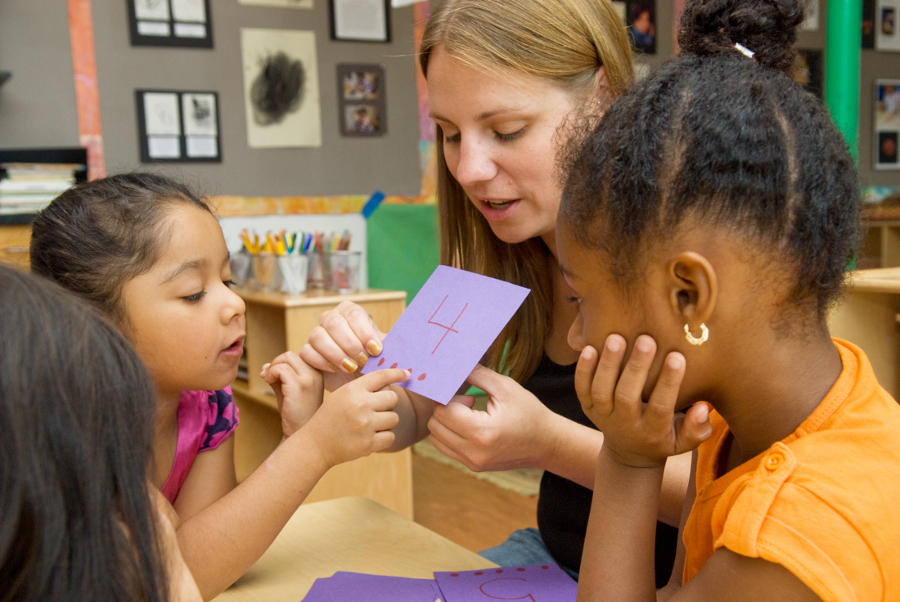 When it comes to early math education, learning basic numeracy and developing a sense of numbers, Asian children consistently outperform their peers in the West. Many have looked into the intricacies of early math education in countries like China, Japan, and Korea. Without getting too deep into the research, let’s look at a few simple contrasting concepts all of us can appreciate how they might influence learning outcomes in early math education.

How does language influence the learning of numbers? When teaching 3 or 4 year olds how to say and count numbers we can see some interesting differences between Asian languages and Western languages. Although the base 10 number system is standard throughout the world, how we read and write our numbers has a significant affect on how easily kids can learn them. As we count from 0 through 9 there are no significant differences. But as we continue beyond 9 we create new words for numbers that children must learn such as eleven, twelve, thirteen, etc… For Asian children they reuse the same words for higher numbers and reinforce the concept of place value by saying 11 as 10 and 1, 12 as 10 and 2, 13 as 10 and 3, etc… This concept continues as we count even higher where in English we have more new words such as twenty one, thirty one, fifty one. Asian children are taught to say 21 as 2 ten and 1, 31 as 3 ten and 1, and 51 as 5 ten and 1.

Not only do we ask English speaking children to learn new names for numbers as they count beyond 9, we also introduce other irregularities such as the order in which we say and write the numbers. For example, when we say eighteen, 18, we put the number eight before the “teen” and when we say 28, we put the number eight after the twenty. For Asian children their language is in sync with how we think mathematically about numbers. Asian languages demonstrate the foundational principles of our base 10 counting system by including place value and the reuse of the 10 digits. So language gives us a glimpse as to why Asian children have a “mathematical” way of learning numbers since their language incorporates the concepts of place value and reuse.

Another interesting comparison to consider is our approaches to learning and memorizing the single digit number facts. Research has shown students that commit the single digit facts to memory recall do consistently better at higher level mathematics because they are not distracted from the problem solving by trying to recall a simple fact. In Japan, students learn their multiplication tables by listening to and singing songs. Because students are engaged by the song activity they learn to memorize their multiplication facts at a very early age, usually in kindergarten compared to the U.S. where we don’t introduce multiplication facts until 3rd grade. Because Japanese students associate their facts learning with songs, their recall rates are high and accurate.

As another comparison example between Asian countries and the West, let’s take a look at how we teach fractions. Fractions are usually a difficult concept for most Western children to understand. Introducing the idea of what 1/4 means takes children some getting use to. In English we say 1/4 as one fourth or one over four which doesn’t really convey much meaning to the students and must be explained in other ways typically with pictures or drawings. But for Asian children they would read 1/4 by saying “out of 4 parts, take 1”. By reading and understanding fractions in this way students are constantly reminded the actual meaning of the fraction which speeds their ability to learn and work with fractions. Asian children see fractions as an extension of how they count numbers. For Western children fractions seems like a whole new mathematical concept they must learn.

Lastly let’s take a look at the impact of the abacus or soroban on how quickly Asian children develop basic numeracy and number sense. In Japan over a 1 million 3 to 4 year old students per year learn basic numeracy with the soroban. Because the soroban is so simple and efficient any child independent of their natural math aptitude can quickly learn our base 10 numbering system including the foundational principles of reuse, place value, and arithmetic calculations. We know use of the soroban or abacus helps children develop imagery and visual processing in the right side of the brain. This visual processing leads to powerful mental calculation capabilities. The abacus presents numbers and enables students to understand the relationships between numbers in a concrete way that immediately generates practical and useful math skills.

Combining these differences we can see how Asian children are presented clear number concepts with reinforcing math principles. In the West our first number experiences are more abstract which makes mastery more challenging.